MORE INFO
Read about how Dematek saved time and money with the office in the pocket here.

COMPANY
Securitas is one of the world’s leading and most advanced security companies. They work across 58 different countries and have 370,000 employees.

With their globally distributed organisation, the European division of the security giant Securitas was looking for a way to communicate with their customers and provide them with current delivery reports. Together with Stratiteq, a joint web portal was implemented, in which customers can both receive rapid confirmation of the most recently performed surveillance assignments and be able to delve deep into previously collected data.

“We had already cooperated on a smaller management-level project and felt that it had worked well. The importance of having a competent partner close at hand is not to be underestimated. With help from Stratiteq, we have been given a flexible solution that can be linked to many other background systems,” says Lars Franzon, CIO of Securitas Europe.”

Securitas journey from three employees at its start in 1934, to the current 300,000 employees has been characterised by strong international expansion.

There are a number of different IT systems within the widespread global company. These systems support processes vital to the company, such as feedback and surveillance rounds.

”We don’t sell something you can hold in front of you; we sell a service that is often delivered at night whilst the customers are sleeping. In the mornings, they want confirmation that everything is as it should be or, if something has happened – such as a door that should have been locked being left open – we have been and fixed the problem,” says CIO Lars Franzon at Securitas.

Previously this type of reporting has been taken care of with pen and paper, in the form of a dispatch report provided to the customer. In recent years, email has become the main form of communication, but it is still the case that manually created documents are distributed via this channel.

”We needed a more flexible, open way to communicate, inform and interact with our customers about the data we supply – regardless of the underlying systems in which the details are generated,” explains Lars Franzon.

A customer portal has been developed for the European market in collaboration with Stratiteq. Using a simple yet effective login, the customers’ various parties are able to access important information from Securitas in one single place.

”They aren’t just provided with a snapshot of current events, they can also take a look through the materials and search through the large amount of data that has accumulated from previous surveillance reports, security investigations and similar,” says Lars Franzon, emphasising that customers often use these details to create statistics and documents to optimize their organisation.

All raw data is already stored in the background systems at Securitas’ various companies. With help from the electronic reporting tools and handheld computers, the company’s security guards can make real-time updates when they are working on surveillance assignments.

“This solution makes information automatically visible to the customers in a smart way,” says Lars Franzon.

The customer portal was successively placed into operation at the European Securitas companies and over forthcoming years, around 15 countries are expected to be incorporated into the new solution.

Increased transparency, a reduction in administration and more efficient communication with customers are some of the advantages of the portal mentioned by Lars Franzon.

“Besides this, it has a nice design and is easy to become accustomed to. A number of images illustrate the different types of information and functions that are available,” says Lars Franzon, explaining that this deals with everything from reports and meeting minutes to agreements and invoices.

He also appreciates the flexible access permissions of the portal solution.

“This enables us to steer information in a detailed way within the customer structure. A security director at a large bank is in principle to have access to everything, whereas a section manager maybe only needs to view details applicable to their region. This portal provides Securitas with a way to rapidly issue customer-specific news and offers about courses and conferences, or an expanded service. Our work builds upon long-term commitment and with these types of open contact areas, we can deepen customer relations,” says Lars Franzon. 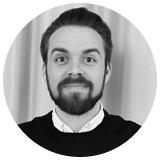